We’re delighted to welcome colleagues old and new to direct our five evenings of play readings at the Omnibus Theatre from July 30 to August 03.

Kate is a director with a background in international work. Her most recent project was Cuzco by Víctor Sánchez Rodríguez at Theatre503 in January – February 2019. She was previously Creative Associate at The Gate & Associate Artist with Company of Angels, directing readings & drama school productions of work from Norway, Belgium & Germany. She is Director with Frozen Light (British Council Edinburgh Showcase 2017), who make multi-sensory work for audiences with Profound & Multiple Learning Disabilities; Researcher on Lola Arias’ Minefield (LIFT/ Royal Court 2016); and Associate Director with METIS, co-writing their interactive piece World Factory (Young Vic 2015).

She has been a member of Out of the Wings since 2016, directing readings of plays from Chile and Colombia for their annual festival. Other directing includes shows at Ovalhouse, CPT, Hoxton Hall, Theatre in the Mill & GLYPT. She was a finalist in the JMK Award 2012 & 2014, & has twice worked as Associate Director in the West End. 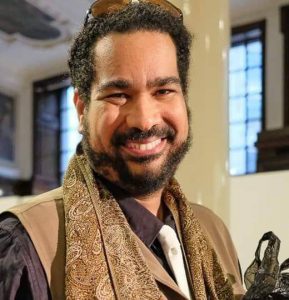 Dr. Almiro Andrade is an actor, director, playwright, dramaturg and theatre translator with a PhD in Translation of Brazilian Contemporary Drama through devising for performance at King’s College London. His approach sees all stages of theatre-making as an act of translation and his practice champions the production of international pieces in the UK since 2008.

His current works include: the first English translation of Namibia, Não! by Aldri Anunciação;  a gender-bending adaptation of The Blind One and The Mad One by Cláudia Barral produced by [Foreign Affairs] Theatre; and recently published three new translations of the Brazilian canonic playwright within Nelson Rodrigues – Selected Plays, by Oberon Books. 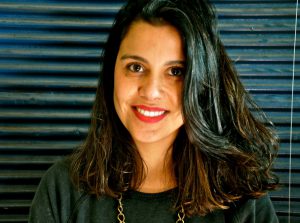 Fran Olivares is a theatre maker. She graduated as an actor and received an MFA in Theatre Directing from East 15 Acting School. She also studied at GITIS in Moscow and Balinese Theatre in Bali.

Her most recent directing works are; Beasts (Las Brutas), by Juan Radrigán and translated by Catherine Boyle; The Maids, by Jean Genet translated by Benedict Andrews and Andrew Upton. Also, she was assistant director on the The Big House Theatre Company’s production Phoenix Rising.

Currently she is performing a monologue: The Colour Violet, inspired by the Chilean singer Violeta Parra, which will be part of Camden Fringe. 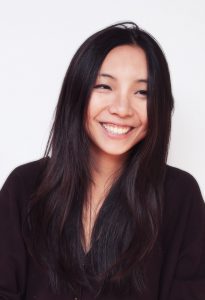 Dadiow  is a theatre director based in London. She recently won the Genesis Future Directors Award 2019. Before coming to the UK, she worked as an assistant director at the National Theatre of Taiwan.

Being  an outsider, culturally, pushes her to view the world through various lenses and makes her more sensitive towards the cultural differences that she’s surrounded by. This makes her naturally bring fresh perspectives to a production as a director.

Camila González Ortiz is a Chilean theatre researcher and director, currently living in London. Her work has been presented at Festival Internacional Santiago a Mil, Greenwich+Docklands International Festival, SPILL Festival of Performance and Derry-Londonderry City of Culture. As a researcher, she focuses on the intersection between Chilean theatre and performance and their socio-political context.

As a translator, she translated into Spanish Caryl Churchill’s Escaped Alone, which was supported by the British Council and presented as a rehearsed reading at the Muestra de Dramaturgia Europea Contemporánea in Santiago, Chile in 2018. Currently she is working on a translation of Tu Amarás by Chilean playwright Pablo Manzi.  She tweets and is on Instagram as @camilaymay

Check out the full programme of Out of the Wings 2019 here.