Out of the Wings Winter Warmers, a week long digital celebration of theatre in translation.

We open our Out of the Wings winter festivities with an evening of short extracts of translated plays from first-time and early-career theatre translators. From contemporary Norwegian thriller to 19th-Century German farce, from Hungarian children’s theatre to Mexican mystery, this whistle-stop tour of plays from around the world will be a warm welcome to our programme of events across the week, and to our work year round.

Anna Bentley is a British translator of Hungarian literature. In 2019, her translation of Ervin Lázár’s children’s classic, Arnica the Duck Princess was published by Pushkin Children’s Press and her translation of Anna Menyhért’s study of five forgotten Hungarian women writers, Women’s Literary Tradition and Twentieth-Century Hungarian Writers was published by Brill. Several stories by Gabi Csutak have recently appeared in Anna’s translation in Trafika Europe’s online journal. Her translations of contemporary poets such as Mónika Mesterházi, Zsófia Balla and Béla Markó have also appeared on Hungarian Literature Online.

Huw Davies has a degree in French and Russian and has worked as a commercial and literary translator for just over ten years. He has translated around a dozen books, many of which were published by the publishing house Glagoslav. These include biographies of Mikhail Bulgakov, Sergei Prokofiev and Boris Yeltsin, the semi-autobiographical novel Good Stalin by Viktor Yerofeyev, an anthology of civic poetry about the war in Ukraine and, more recently, a sci-fi novel called Transition Keeper.

Chel Dowdie is a French to English translator and member of the Chartered Institute of Linguists. She has previously performed on stage with Nu Century Arts Youth Theatre and Riverside Performing Arts Theatre Company. Her writing has been staged at venues in the UK including the Midlands Art Centre in her hometown of Birmingham as well as abroad at the Market Theatre in Johannesburg, South Africa.

Sandra Kingery is the Logan A. Richmond Professor of Spanish at Lycoming College in Pennsylvania (USA). She has translated about 25 books, and this is her first translation of a play. She plans on translating more plays by Pablo Remón (and others!).

Lise Lærdal Bryn is a 24-year-old translator, writer and actor from Stavanger, Norway, and translates from Norwegian to English. She did her undergraduate degree in California, in translation, creative writing, theatre arts and film, and she is currently taking the MA Literary Translation at University of East Anglia. After graduation, she hopes to work as a translator, both for the theatre and of prose fiction, and an actor. She also gardens.

Allison Light is a Filipina-American writer, performer, and Spanish-to-English translator living in New York City, originally from Little Rock, Arkansas. She translated Carmen Boullosa’s collection of short plays, Teatro Herético, as her senior thesis project at Princeton University under the tutelage of celebrated Roberto Bolaño translator Natasha Wimmer. Allison is a lyricist in the BMI Lehman Engel Musical Theatre Workshop, and her writing has been published in CRAFT Literary and Points in Case. By day, she is an audiobook producer for the publishing house Simon & Schuster. @allisondlight.

Joseph Prestwich is an actor, writer, and director. He is currently in his third year writing a PhD in the German Department at King’s College London, where his research interests include intercultural theatre, transnational theatre, and theatre in translation. His first play Goethe + Christiane was performed in London and Rome in 2017/2018 and was staged virtually at an international theatre festival in Germany in 2020. He is Assistant Director at ShakeItUp Theatre, an improvised Shakespeare company, and works regularly with Theater Frankfurt in Germany.

Claudette Sherlock holds an M.A. in Translation Studies from University College London, specializing in poetry translation. Having previously completed a professional drama course from Les Cours Florent in Paris, she now combines both theatre and translation and recently joined the Foreign Affairs Theatre Translation Lab, a group of theatre translators, organised by the theatre company Foreign Affairs. Her first theatre translation of the Dutch play Ik speel geen Medea/I won’t play Medea by Magne van den Berg was chosen to be translated into Portuguese and will be included in the collection of Dutch drama (Coleção Dramaturiga Holandesa) of the publishing house Editora Cobogó, in Rio de Janeiro, Brazil. Her translation of poems by the Dutch poet Krijn Peter Hesselink was published in the journal Cagibi and a publication of her translation of poems by Edwin Fagel is forthcoming. She is currently working on the English translation of poetry by Nathan Trantraal from Kaapse Afrikaans.

Elton Uliana is a Brazilian translator based in London working into and from Portuguese. He has a master’s degree in Translation Studies from University College London (UCL), and a BA Hons. degree in English Literature from Birkbeck College, University of London. He is affiliated to the Translators Association UK and is a member of Out of the Wings Collective, London. He is a guest translator and co-editor of the Brazilian Translation Club at UCL. His published work includes short stories by Ana Maria Machado and Sérgio Tavares, poems by Gertrude Stein and John Milton, research papers in Translation Theory, an upcoming Portuguese translation of three plays by the British dramatist Howard Barker, a collection of poems by Rufo Quintavalle, as well as essays on Black Art History by Manuel Querino and poems by Bixarte and Auritha Tabajara as part of FLUP (Literary Fair of the Periphery) in Rio de Janeiro.

Konrad Zielinski is a freelance theatre critic and a part-time MA student in Theatre Criticism and Dramaturgy at the Royal Central School of Speech and Drama. He was born in Łódź, Poland. He migrated to the UK in 2010 and lives in London. He is currently a mentee of Antonia Lloyd-Jones with The National Centre for Writing’s Emerging Translator Mentorships 2020-21. 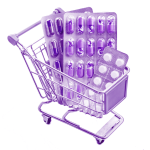 From Caracas to London: Staying Connected with ‘Wanted a Pillbox…’