Benjamín Galemiri, Head for Heights and Out of the Wings:  Translation as Challenge. Words as Action

How to translate the work of Benjamín Galemiri? How to give it a ‘landing place’ here, in London, in 2018? I have to say that I approached the translation of Karl Marx Año Zero with real trepidation. It is infernally difficult. Just as it is infernally difficult to direct, to embody, to act. Why? Karl Marx, Año Zero is a baroque and uncontainable fantasy on a Chilean Karl Marx standing for the presidency of Chile. It had its debut in Santiago in December 2017 during the elections that saw Sebastián Piñera returned as President of the Republic for a second time (the first time being 2010 – 2014). What happens in the play? Karl Marx fails in his endeavour, as he is faced with his own horribly flawed past and present, which see his Marxist ideals betrayed, parodied, marketized, turned into slogans that are used by left and right alike.

In Chile, in the theatre community, Galemiri’s dramatic writing is well known, but is largely understood as belonging to the long period of the transition to democracy in the 1990s. This was a period when new dramatic languages were emerging in the work of director-writers like Alfredo Castro and Ramón Griffero, in works that set the dramatic text in a context of scenic and spacial experimentation. Galemiri also challenged what had been a reliance on the socio-realist dramatic work that told so much of the experience of the dictatorship. But what he did was to create works with an avalanche of words, where the word was supreme, and where it was boldly scripted to ensure its centrality. 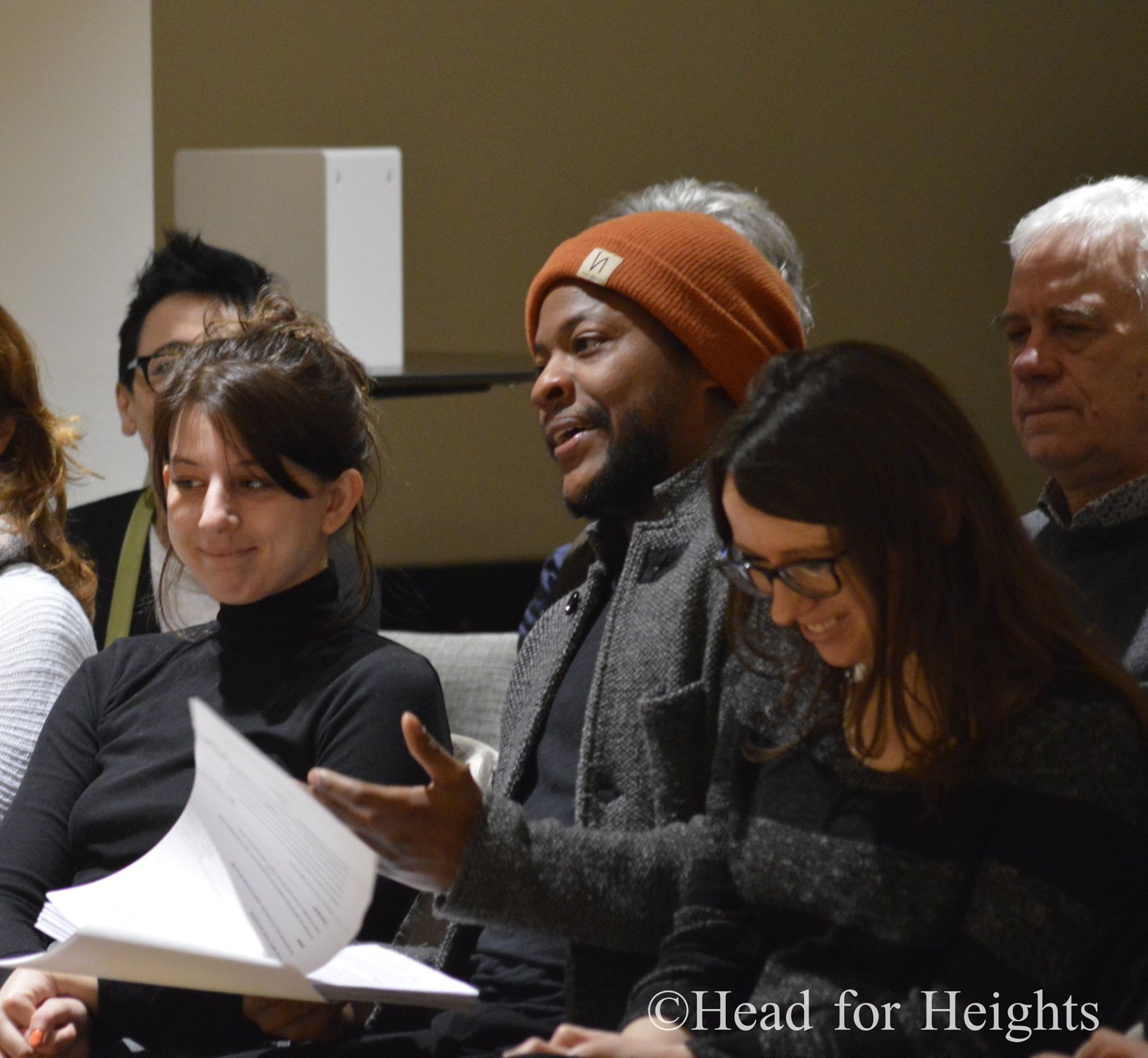 When I say bold scripting, I mean it literally. In Karl Marx, Año Zero, the first seven pages are in BOLD CAPITALS. These pages could be read as stage notes (didascalias), but they are to be spoken by a character, perhaps a journalist perhaps the author, who is a constant and persistent commentator on the action. These stage notes are continued throughout the play, acting as a voice that directs and seems to control the movement of the characters, that harangues and exposes. Whose voice is it? How do we incorporate it into the play? The other voices – of Marx, Engels, Proudhon, Jenny (Marx’s wife), Eleanor (his daughter) and Helene (the housemaid and mother of Marx’s illegitimate son, brought up by Engels) – tell of family relationships and of the deep loyalty and trials of friendship. These voices pose their own difficulties in translation, because the syntax of the play often makes it difficult to work out how they speak to each other, even who they are speaking about or to. At times with Galemiri, I feel that I am not translating, because meaning is so obtuse, but I am bringing across series of words whose meaning I have not grasped fully in the process.

I have said often that the joint discovery of what is going on in a play is one of the biggest joys of theatre translation. The feeling of disorientation in the overwhelming onslaught of words, allusions, references to popular music, to the cinema classics of the mid-twentieth century, to cinema and audio-visual techniques, to Capital, anarchism, the lives of all the main characters, can be almost complete. It’s not easy and the experience and knowledge of the collective are fundamental to understanding. In the process that we follow in Head for Heights, we begin from the trust that firstly, the text will yield its meanings, and that secondly, the instruction for the actor is in the text. This allowed director Sue Dunderdale to find the narrative of the play and to create an integrity of action that provided the confidence to perform the text. To present the play ‘eye to eye with the public’, as one member of the audience said afterwards. 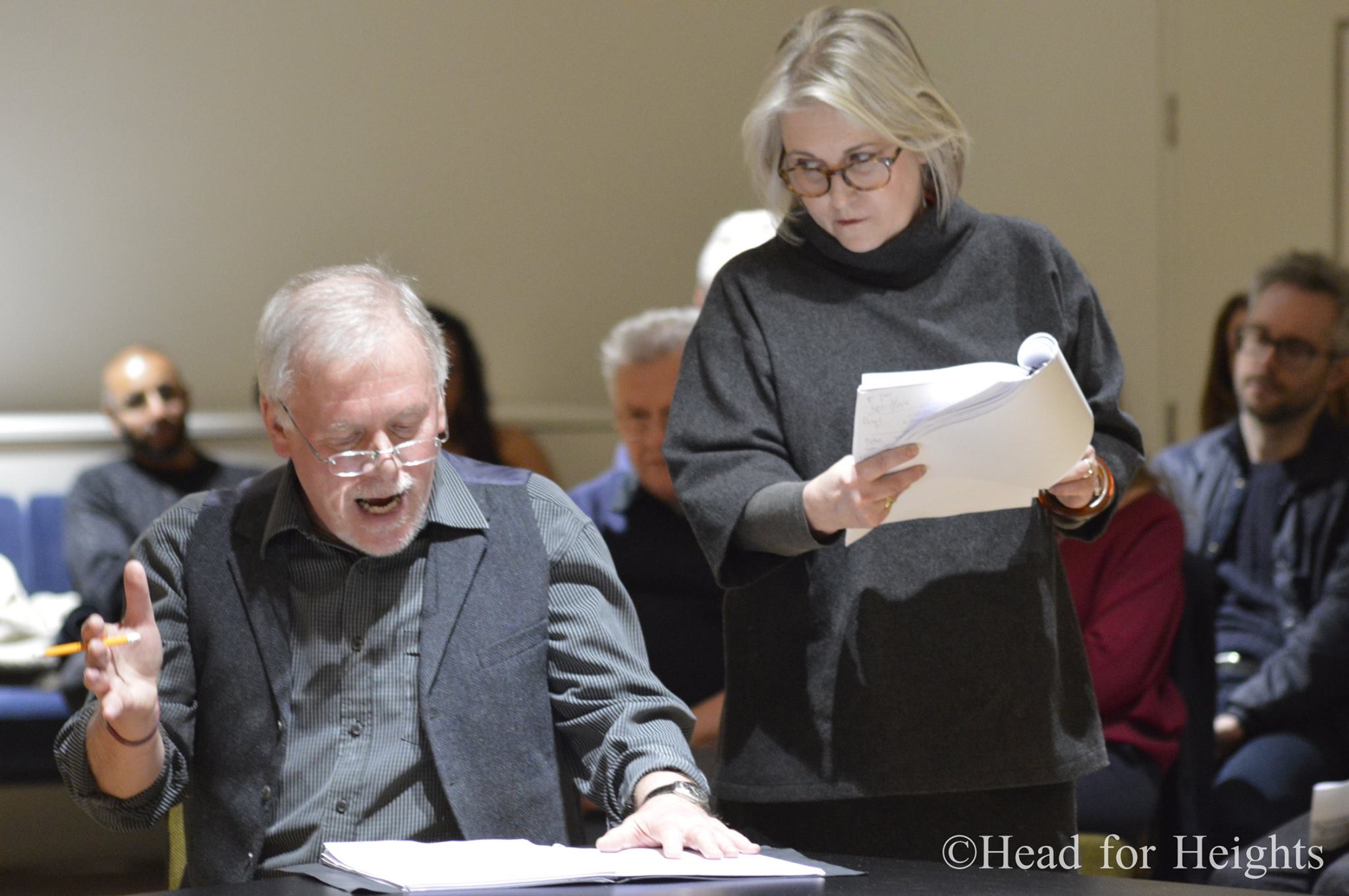 Karl Marx, Year Zero is not an easy play for a British audience. In all his plays Benjamín Galemiri fearlessly and relentlessly exposes his own obsessions with sex and power, uncomfortably mirroring those around him, experiences and realities that are in the air (sometimes more insistently than others, like now), and that it is difficult to see named and performed on stage. His work plays on a grotesque that forces recognition while recoiling from that recognition. There are parts of his work that I recoil from translating, where he puts on stage the basest manifestations of the play between sex and power. I translate, and then I give my offering over to the company to work with, because that is where I find a collective space in which to work through my temptation to censor. I have written about this in an essay for a Chilean collection on Galemiri’s work, saying that as a feminist I find it difficult at times to enter into this world and to translate it. (Benjamín, I see, was asked in interview about having a ‘feminist translator’ into English). But the thing is that, in his obsessive willingness to lay bare the effect of his historic placing in the world, Benjamín Galemiri pushes us into confronting historic and complex truths about our world.

I am not sure whether Karl Marx, Year Zero does have a ‘landing place’ in this country. What I do know is that translating this play, like the translation of Infamante Electra in 2006, forces me to think. It forces me to think about the millennial symbiotic relationship with sex and power, laying it bare in its ugly transparency, truth and complexity. And it forces me to continue thinking as truthfully as possible about what it is to be a feminist in the midst of dichotomising debates, and debates that have so often lost a sense of historic roots. And perhaps this is the great impact of having translated Karl Marx, Year Zero and worked in it with Sue Dunderdale, Adetomiwa Edun, Lennox Greaves, Sylvestra Le Touzel, Amy McAllister, Karen Morash, Robert Mountford and Annafrancesca Tonna.(Head for the Heights) 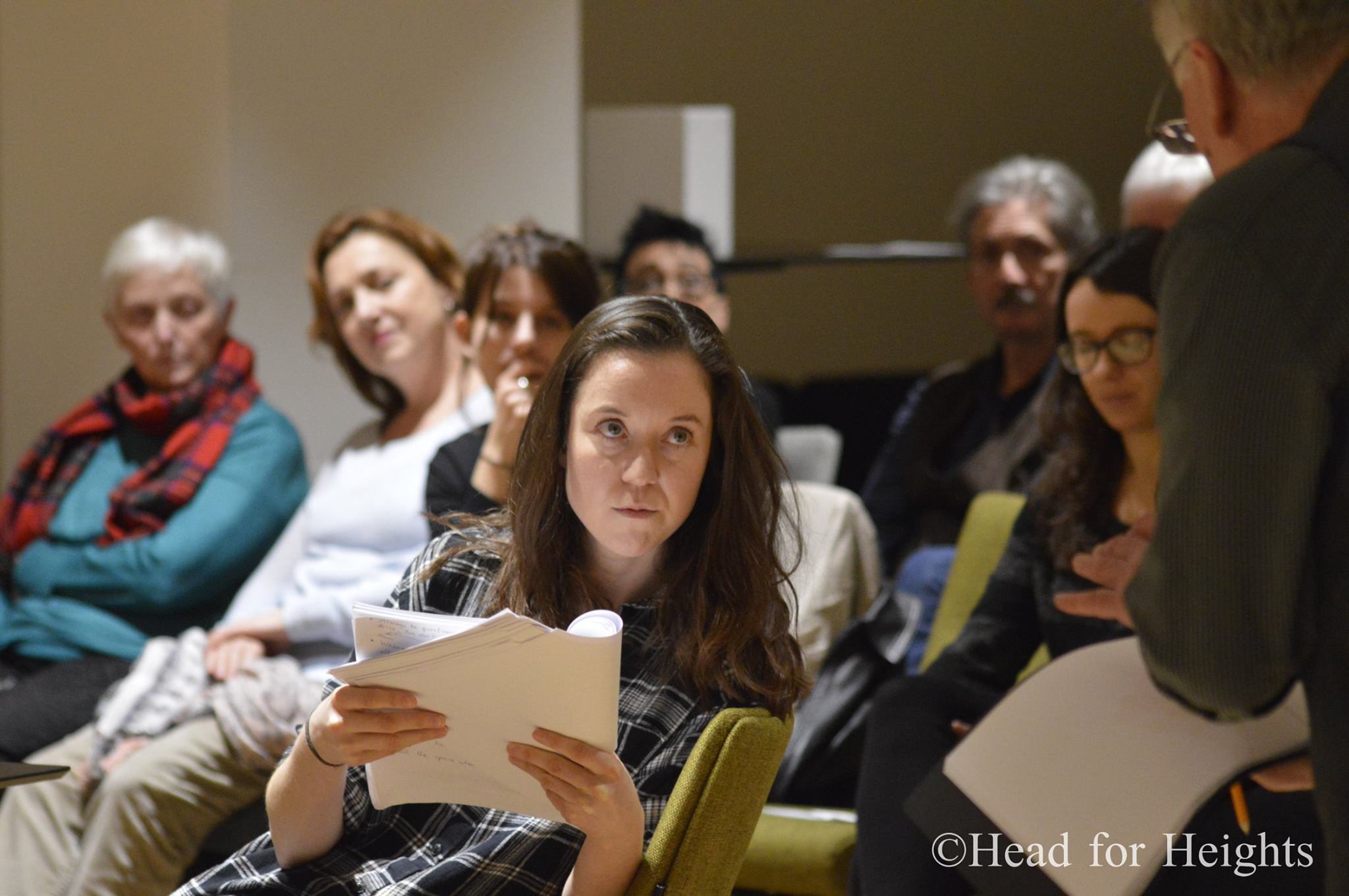 That is, that the play turned my gaze towards the wonderful women in Karl Marx’s life: his wife Jenny, their housekeeper Helene, and his daughter Eleanor. As I talk about historically informed feminism, I realise that I don’t know enough about the contribution of these women (and his other daughters) to the work of Karl Marx and to key campaigns for female empowerment (referred to in the play). So, I turn first to Rachel Holmes’ fantastic biography of Eleanor Marx. And I read in her preface how Eleanor Marx started the biography of her beloved father, only to abandon it when she discovered a truth about him that turned her life upside down (about the illegitimate child being brought up as Engels’ son). Rachel Holmes quotes from a letter from Eleanor to her sister Laura: ‘After all, Marx the “Policker” and “Denker” can take his chance, while Marx the man is less likely to fare well’. As Holmes says, Eleanor Marx was noting the complexities and contradictions of life: ‘We don’t conform to abstract ideology or deterministic theories. This is what makes us human, man and woman alike’ (Rachel Holmes, Eleanor Marx: A Life, xviii).

Karl Marx, Year Zero has kept me thinking because it has done what translation always does; it has led me elsewhere. In its bold and problematic rendering of ‘Marx the man’, it makes me think not only about flawed humanity but also, and I think crucially, about the perils of environments in which profound historic thinking is rendered meaningless and abject by the ease with it can be transferred to slogans whose precise aim is to say nothing. It is then a quite remarkable experience when words are intent on action and become both powerful and feared. 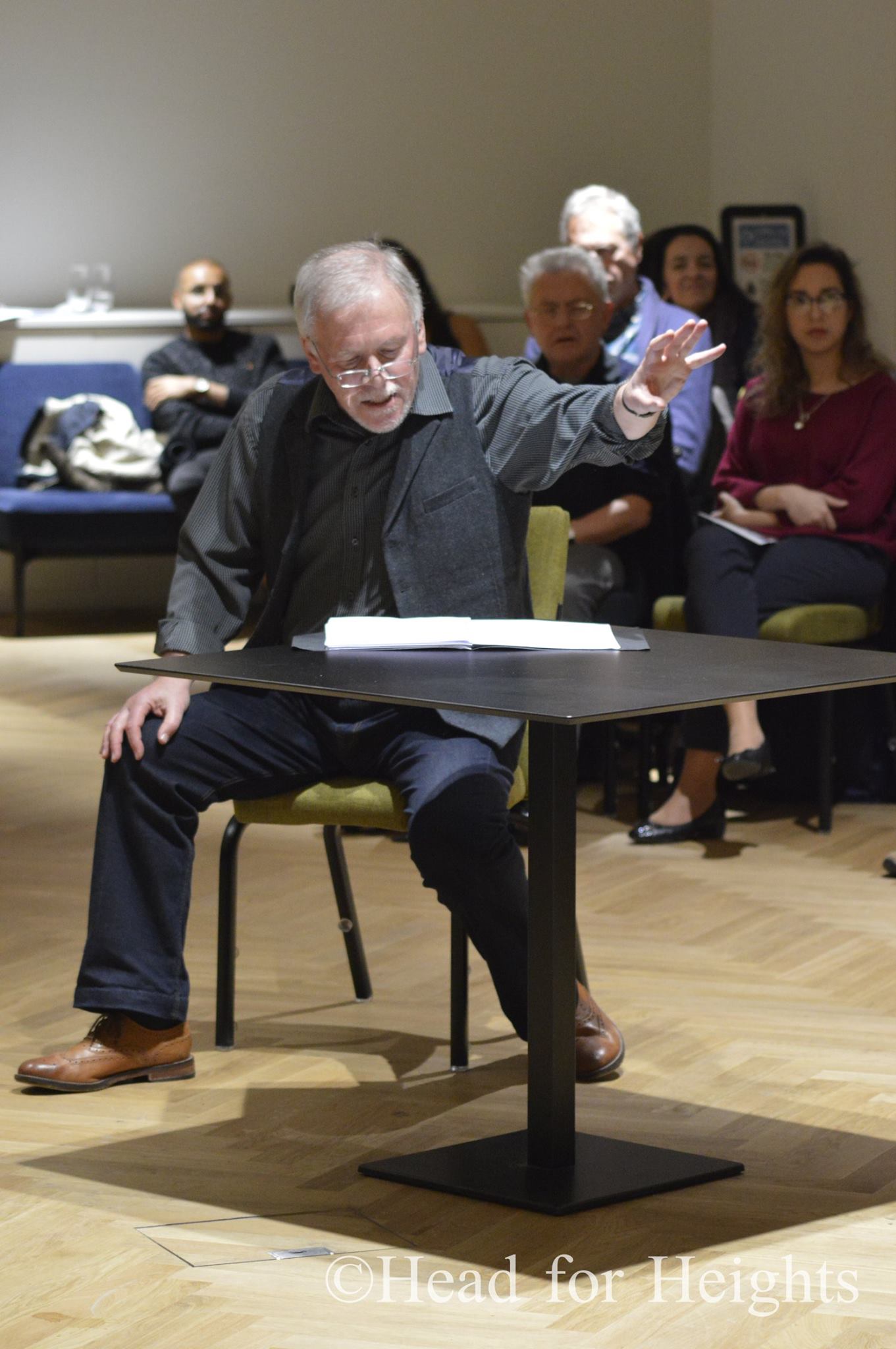