Every month, Out of the Wings invites a translator to share their work in our free-to-attend laboratory.  We gather to read a play in translation, discuss it, and offer feedback.  All are welcome.  For our October 2022 session, we were joined by Honduran playwright Luís Emilio Cerna Mazier and  translator Larisa Muñoz, with Larisa’s English translation of Luís’s play, Facing the End of the World/Ante el fin del mundo.  In this blog, Larisa and Luís tells us about their experience of sharing the play with us. 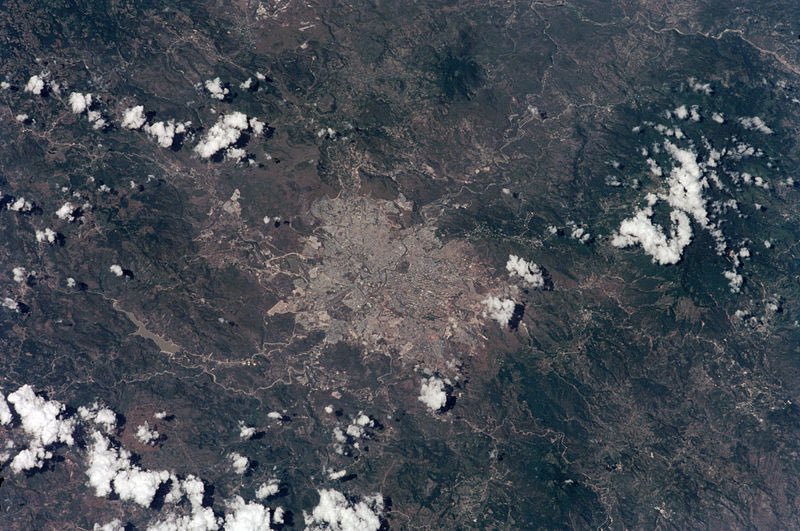 An asteroid’s-eye view of Tegucigalpa, Honduras

LARISA: As a Honduran artist, experiences like this reading with Out of the Wings are milestones. As a translator starting out, much was learned, and I cannot wait to see where this play goes and start on a new translation.

Of this reading all I could and would want to say has been better and more elegantly described by my dear friend and colleague, the playwright of this play, Luís Emilio Cerna Mazier:

LUÍS: There’s nothing like hearing the words you wrote interpreted by a group of people. If they are actors or actresses, even better. Listening how the written word materializes in sounds that travel through time and space is a very particular experience. For me the work begins there, not necessarily in rehearsals. If we are attentive, we will realize that the reading conveys part of what will be a future production. As a playwright, it can help you understand better your own work.

In October 2022, one of my texts was read across the ocean, in England. Larisa Muñoz, colleague and friend, was in charge of translating one of my texts into English: Facing the End of the World. The Out of the Wings collective conducted the reading. It is the first time that I listened to one of my texts in another language. Listening to the different tessituras of the interpreters, the rhythms, the particular sound of English… wow, it was another one of those particular and fascinating experiences that readings offer. 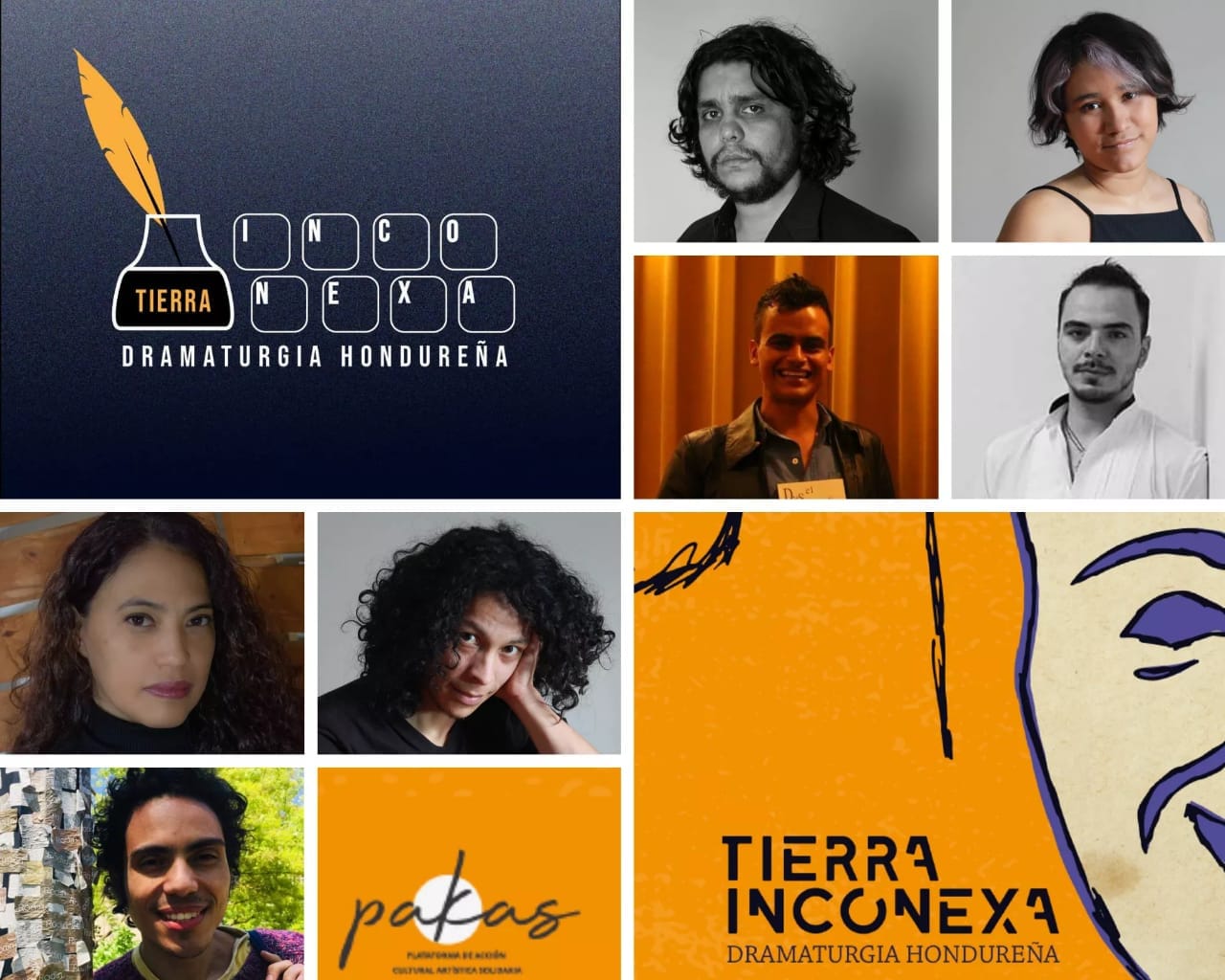 Playwright Luís Emilio Cerna Mazier (top left) at Tierra Inconexa, where ‘Facing the End of the World was’ written

Facing the End of the World was written in 2021, product of some of my concerns about those pandemic times. The play is about the tenants of an apartment building, who are locked up as a result of a deadly virus that hits the streets. However, it is not the only crisis that plagues the planet: plagues, fires, earthquakes and an asteroid that will hit the earth composes this potpourri of catastrophes. Despite this apocalyptic scenario, the tenants focus on their small human conflicts: love, business, loneliness, art, amongst others. They seem not to care about what happens outside.

It’s been a long since I visited this text, the last time was in a dramatized reading that we did with Tierra Inconexa [Facebook page], a Honduran drama collective to which I belong to and in which Larisa participated, playing multiple characters.

I wasn’t sure how Facing the End of the World would be taken in this post-pandemic times by the Out of the Wings collective. The play is about catastrophes and perhaps, I thought, nobody wants to talk about them anymore. But, to my surprise, quite enriching reflections emerged that transcended the particularity of the pandemic scenario: how we face a crisis as humans. The loneliness that plagued many people during the pandemic was discussed, but also how there were many acts of kindness, such as helping neighbours, or greeting each other again when we were finally able to go outside. I don’t know if these acts persist now, but they did occur at that time. 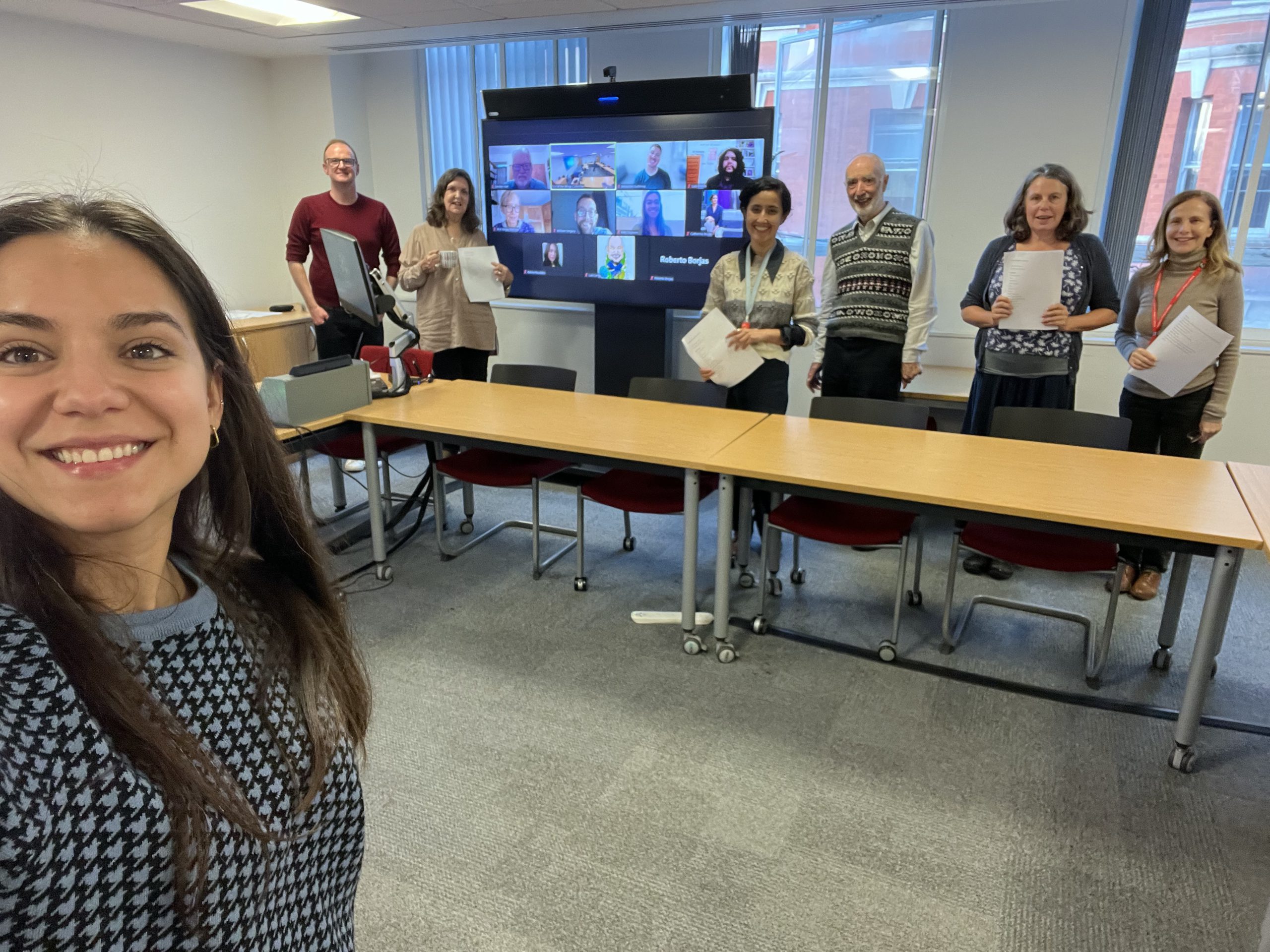 The translation was a very enriched discussion. It caught my attention how an interjection, something that one has naturalized in their daily speech, can be so different in another language. In the play, Isidoro, a violinist, exclaims uy,uy,uy every time he hears his wife, a singer, detune the piece they are playing. This interjection, in English, would of course be different (it was discussed whether ooops, oops, was the most appropriate). Apparently simple linguistic situations like these reflect something more complex: to think in another language is to have a different view of the world.

For example, the word estado de sitio is used in the spanish version of the play. It was discussed what the closest English equivalent would be (confinement, lockdown, state of siege). The decision of what to call the daily restrictions imposed by governments varied a lot in each country. One of the key factors was context. I mentioned that, as a foreigner, I noticed that in Argentina the government was careful with the word state of siege, perhaps, because it referred to a word used in a delicate moment such as the time of the dictatorship.

We both would like to thank the Out of the Wings collective for reading Facing the End of the World. It was very enriching to be part of this meeting, which, in the end, is one of the things that theatre can do: bring us together, even for a brief moment, to reflect on our own humanity.

Our next meet-and-read will be on 25 November 2022 at 15:00 GMT (with an online option always available), to read Kate Eaton’s translation of Las Palomas y el General/The Doves and the General by Cuban playwright Abilio Estévez. To attend this or any of our monthly sessions as a guest or participant, sign up to our mailing list.