Every month, Out of the Wings invites a translator to share their work in our free-to-attend laboratory.  We gather to read a play in translation, discuss it, and offer feedback.  All are welcome.  For our December session, we were joined by translator Sebastián Gutiérrez and his translation of La niña que fue Cyrano/The Girl who was Cyrano by Argentinian playwright Guillermo Baldo.  In this blog, Sebastián tells us about his experience with us.

It is 2019. The theater is filled with people of all ages. There are boxes everywhere on stage. I sit and patiently wait for the lights to dim. I am very excited because I know how much work my friend Guillermo Baldo has put into writing, producing and directing this play, which is part of his graduation thesis for his drama degree. His work in La niña que fue Cyrano explores gender identity during childhood and this is how we meet Valentina, a woman who becomes a child to tell us about a girl who is a girl and sometimes a boy. A girl who writes love letters to her friend Roxie, but signs them as a boy.

After seeing this play, I immediately knew I wanted to translate it into English at some point, but the pandemic started shortly after and that plan just rested on the back of my mind. In 2021 I participated in British Centre for Literary Translation’s Summer School and I thought it would be fun to translate an excerpt for a virtual Open Mic Night. People seemed to really enjoy it and it was then that I realized that the lack of plays for children that actually treat them as smart audience members who are able to understand and talk about feelings and love was actually a universal phenomenon. Children deserve sensitive art, with artistic commitment, not just a copy of what they see on TV or toy stores.

Guillermo’s theater company had previously held performances of La niña que fue Cyrano in schools in Córdoba, Argentina to encourage conversations about gender with children, and he suggested we do something similar in education centers where children are taught English in our city. That’s when we started working on The Girl who was Cyrano.

One of the main challenges I have faced in this process so far is the use of punctuation in the play. As ellipsis is widely used throughout the text, its effect would generally be assumed to be that of pausing or building suspense. When I asked Guillermo about this, my linguistic mind was blown by his answer. He told me that the frequent use of ellipsis was a literary decision so that the text had ‘holes’, spaces that do not imply a pause or a search for a word, but are meant to be blanks that the actresses can explore in their performance. He did a lot of research on oral narration on stage and based his decision on the fact that ‘we are what we can narrate about ourselves’. Since the play explores the rebuilding of identity during childhood, he tried to achieve a kind of ‘broken orality’ with those ellipses, which I have kept in the English version. 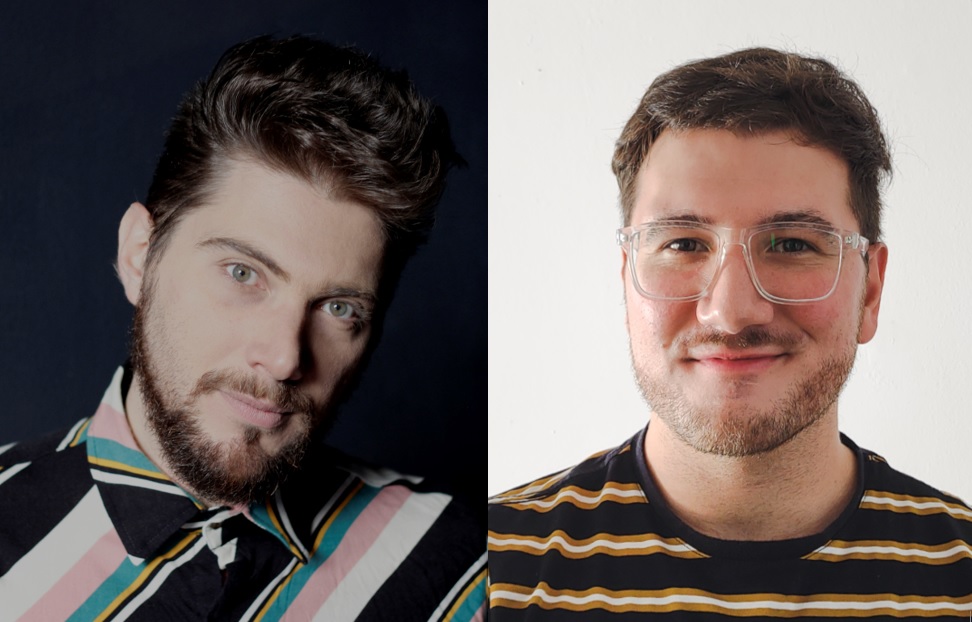 Flashforward to December 2021 and the last monthly read of Out of the Wings of the year. Three participants read the play while the rest of us enjoyed their wonderful performance. I never mentioned that the play was intended for children, and many were gladly surprised that this was not another stereotyped colorful play with musical numbers, but a piece of art that connects with children in a genuine way. Actually, during the comment and feedback section all of us ended up sharing how this story resonated with our childhood experiences, how many times we were treated as not being ready for some realities because we would get it when we were older.

I was very happy the session turned out that way, as the play intends to examine and revisit these fossilized ways of interacting with children. I was intrigued about how some of my translation decisions would sound and what their effect would be, and this virtual meeting was super insightful in that sense. Guillermo’s work and my translation were welcomed with so much respect and love, allowing us to get more feedback and inspiring us to continue with this translation work in progress.

Our next meet-and-read will be on January 28 at 15:00 GMT (with an online option always available), with the play, author and translator to be confirmed soon.  To attend this or any of our monthly sessions as a guest or participant, sign up to our mailing list.